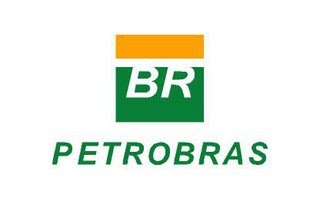 There's a saying among Brazilians that God is, well, Brazilian...

And for a good chunk of 2007 and 2008, Brazil's petroleum production prospects looked heavenly. The offshore Tupi field is estimated by the UK's BG Group to hold 30 billion or more barrels of oil equivalent (BOE). Petrobras itself has tossed out oil and gas aggregate numbers of up to 80 billion barrels.

Millionaire George Soros put his money down on national oil company Petrobras (NYSE: PBR) in 2008, buying from $55 per ADR share all the way to the top at $72.

Soros wasn't blessed in his timing on Petrobras, as the stock then crashed down to below $15.

Now Petrobras just turned in a Q4 fuel trading loss of $409 million. That's understandable for any oil company given the weak economy, but it may have been extra ominous for their commitment to Tupi, which is a next-generation field.

Most importantly, the company announced on Monday March 9 that with smaller platforms it could extract the light oil found deep underwater profitably at a crude price of $40/bbl.

Shares have recovered back to double there November low, now sitting near $30 per share. All along, Soros has been putting more in the pot, tripling his stake since last April according to public filings.

Though the sub-salt formations that sit atop Tupi's oil are so deep and hard they can melt uranium drill bits, Soros is digging deep and proving his commitment to Petrobras stock.

On top of billionaire bullishness, Brazil's government has boosted its economy with smart spending on energy resources (the reason they say God is a brasileiro), and its balance sheet is in better shape than many emerging markets and even developed countries.

Brazil is also not in OPEC, though there has been talk. Brazil's oil policy independence should prove to be an asset when the cartel comes up with quotas Petrobras doesn't agree with.

And as a major Western Hemisphere producer in this time when Mexico's oil production is in dire straits, Brazil's role in energy markets is big and getting bigger.

On the country's debt rating, S&P analyst Lisa Schineller says, "A little bit of slippage is not something that is going to turn a credit profile, especially if you are seeing that within a context of a broader policy commitment, which we believe Brazil has."

Along with the company's commitment to biofuels, as I pointed out in the March 12 edition of Green Chip Review, creeping demand restoration in world oil markets mean Petrobras's long-term production potential is already morphing into real renewed interest from investors.