First Attempt to End the Castros in Cuba 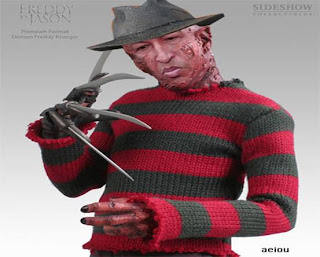 First Attempt to End the Castros in Cuba

The coup plot against Cuba's Fidel and Raul Castro

Two of Cuba's star politicians seem to have been a part of a conspiracy or a coup to overthrow Raúl Castro
Something along the following lines took place: for at least a month or so, Lage, Pérez Roque and others were apparently involved in a conspiracy, betrayal, coup or whatever term one prefers, to overthrow or displace Raúl from his position. In this endeavor, they recruited—or were recruited by—Venezuela's Hugo Chávez, who in turn tried to enlist the support of other Latin American leaders, starting with Leonel Fernández of the Dominican Republic, who refused to get involved.

Their reasons for wishing to unseat Rául were mainly turf and power, but they also feared that the leader was beginning to feel threatened by the reaction of the Cuban people to excessive economic and social deprivation, and after his brother's demise would be unable to control the flow of events. Consequently, he would accept a series of economic and political reforms to normalize relations with the United States, knowing full well that therein lay the only option for immediate improvement in Cubans' lives. They believed this to be a betrayal of the revolution, and the beginning of the end of its survival.

This would represent the latest of many anti-Castro intrigues since 1959. As usual, Castro (Raúl this time; before, both brothers) detected the plot almost before the plotters themselves. Raúl took the evidence collected by military intelligence to his ailing brother, and forced him to choose: stick with him and extend his support to the predetermined succession path, or back Lage and Pérez Roque and forsake Raúl. With evident disappointment in his old allies, the Comandante Máximo backed Raúl. Then Chávez was summoned to Havana to be placed before another devil's alternative: back off, while maintaining economic support for the island, or lose his Cuban security detail and intelligence apparatus, exposing himself to coups and assassination attempts from eventual Venezuelan replacements. He chose to stick with the Castros.

The day after their resignation, the two plotters were expelled from their other posts in disgrace. In a newspaper column Fidel accused them of harboring excessive "ambitions" fed by the "honey of power" and the "absence of sacrifice." He said they had reawakened the illusions of "foreign powers" regarding Cuba's future. More importantly, and enigmatically, he resorted to a baseball metaphor on the occasion of the World Baseball Classic to praise Dominicans for not participating (the team's plans had been unclear) and to claim that Chávez's baseball players, "as good and young" as they might be, were no match for "Cuba's seasoned all-stars."

When the conspirators were stripped of their titles, they published classic Stalinist mea culpa letters, acknowledging their "mistakes" (without saying what they were), and pledging loyalty to Fidel, Raúl and the revolution. Such behavior raises ominous questions. Pérez Roque was popular in Cuba; his youth, his humble origins, his combative nature all brought him closer to the people than most Cuban bureaucrats. Once Fidel is gone, will Raúl be able to "keep him down on the farm," if and when he claims to be Fidel's true heir? Will Raúl be able to pull off a rapprochement with Washington quickly enough to placate the restiveness his opponents could exploit? Or should he act to remove them from the scene, one way or another, before they return shrouded in glory?

Needless to say, none of this can be fully substantiated, and it is quite possible that, indeed, the entire affair might have now come to an end. Or, more probably, there will be a sequel: further persecution of the fallen idols, growing discontent in Cuba and increasing difficulties on the part of Raúl in managing the succession. It is worth remembering that Lenin, Stalin and Mao were all unable to control their successions, and they were neither fools nor choir children. There is scant reason to believe that Fidel, despite all his talent, will prove more successful.

Castañeda is a former foreign minister of Mexico, Global Distinguished Professor at New York University and a fellow at the New America Foundation.
© 2009
Publicadas por Unknown a la/s 8:52 a. m.