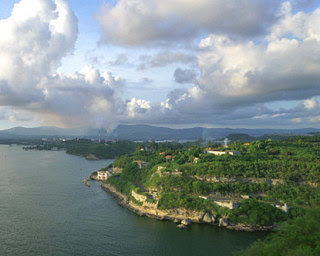 "One can, then, conceive the production, by purely mineral means, of all natural hydrocarbons. The intervention of heat, of water, and of alkaline metals - lastly, the tendency of hydrocarbons to unite together to form the more condensed material - suffice to account for the formation of these curious compounds. Moreover, this formation will be continuous because the reactions which started it are renewed incessantly." -- Marcellin Berthelot, chemist, 1866

The Caribbean country’s future oil reserves are most likely to be found in its area of the gulf, which measures 112,000 square kilometers (43,000 square miles) and is divided into 59 oil blocks, AFP reported, citing Garcia, who spoke at a geological sciences conference in Cuba.