Who Benefits From the New Environmental Ethics? 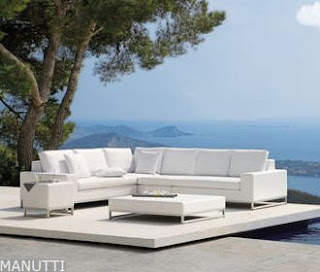 Who Benefits From the New Environmental Ethics? Human vs nature-based code of ethics for tourism

More than 50 years ago Aldo Leopold presented the dilemma that existed then between development and the conservation of the environment in his book "A Sand County Almanac" (1949). In chapter four, Leopold said that "the land ethic did not yet exist; there is as yet no ethic dealing with man's relation to land and to the animals and plants which grow upon it."

"...the land-relation is still strictly economic, entailing privileges but not obligations," he said.

Twenty years later Charles A. Reich in his work "The Greening of America" indicated that the question is, "Can we develop to [a] new consciousness that places the individual and humanistic value above the machine?" Now in this century Andrew Holden of the University of Luton (U.K) asked himself: "Is [what is] needed a new environmental ethics for tourism?

Up to now the environmental ethics has been only anthropocentric, that is to say an economics ethics that ignores man's responsibility for nature.

Holden says that: "it is difficult to achieve a homogeneous environmental ethics for tourism by the variety of its interests."

"The imposed politics by imperative economic and neglecting the environmental price of the use of the geographical spaces, only conducted to the governments to establish criteria of conservation to avoid the impacts, but in truth of what treats is of preserve the middle for assure the energetic development of the tourism," he continues.

Contrary to the anthropocentric ethics theory -- that which ignores the intrinsic value of the nature -- the true environmental ethics offers to all the non-human entities (animal, plants, rocks) the same moral position as that of human beings.

This theory suggests all these non-human entities should enjoy the life, liberty and and individual rights the same as those that mankind demands.

The problem remains though, as to how to recognize the intrinsic right of nature and tourism as a business. Tourism then should be revised for, to reach true sustainability, the value of the environment would have to be given a greater importance than that of merely a resource of leisure.

The tour operators in the market of the tourism of masses like Touristic Union International (TUI), now united to Thomson Travel Group, have developed environmental policies to reduce their energy losses and cut emissions contaminants but also to elevate the profit value of their businesses. The codes of conducts are not based on altruistic goals but on the use of conservation to develop the tourism sector.

So who benefits or is damaged under new environmental ethics? That new ethics consists of passing from the anthropocentric to a less human centered code assures the equality of the rights of the nature of the man.

That is to say: an eco-holistic ethical policy to put the emphasis on the survival of the species and the ecosystems, but the development of tourism would have restrictions in certain natural areas. This seems impossible at present because this new model supposes that a conceptual change in the system of the rational for the most spiritual.

Despite its promise, a simple answer does not exist for this subject. Beyond the concept of eco-holistic ethics for the majority of the tourism industry, it supposes a very drastic change that would lead to economic damage.
Publicadas por Unknown a la/s 8:43 a. m.