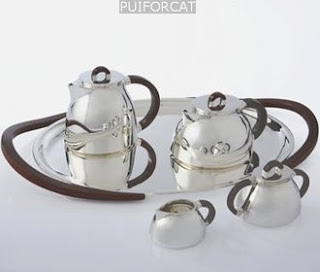 Bloggers had a hard time finding other bloggers’ posts by topics and looking for quality posts. The new decision of Daum is to start putting blog news from other portal sites, setting up the direct link to those blogs, and using trackback and RSS systems. They also promised to establish more active blog reporters, such as video clip reporters. After this news, some blggers are happy about it, but others are not. Some bloggers are concerned about their identities and functions of blogs.

Therefore, bloggers should not ‘collect news’ either (Professional reporters’ or writers’ blogs are exceptional because their writings are not the news which appear in individual blogs, but those which are written professionally).

My thought could be wrong, but I really think the big difference between bloggers and reporters is ‘collecting news’ or not. ‘Collecting news’ is not talking about my story, but experiencing other stories.

An ‘article’ makes other people know about those stories. The depth of ‘collecting news’, writing skills, and media power influence whether an article is good or not.

On the other hand, blogs are about their own stories. ‘My story’ could be regarded as absurd or not common content. But it is based on fact. And the fact is published by that person in his (or her) own blog. In other words, a person who has never seen elephants interviews a person who has seen elephants many times or a professional. It is an article.

Bloggers should not even imitate reporters. Blogs are alternative media. The reason why many people look forward to the development of the blogosphere is that they don’t have to depend on facts that conservative media have given them any more.

They can share the truth with people who have different facts. Therefore, bloggers should write things they have really seen and experienced. They shouldn’t try to be reporters. They should not follow the paths that conservative media get accustomed to, which they write based on a few facts that they saw. Being enticed by nice words, ‘blogger news’ and ‘blog reporter team,’ bloggers don’t have to look for a thing in order to write an article, exaggerate stories not based on fact, and write a post based on imaginative interview.

Just have your own life. And when a fact, which you would like to share with others, comes about, you can put up a post. If you would like to be more active, check ‘issue trackback.’ If there is an issue you are knowledgeable about, you can write about it. However, it seems that it’s not the intention of the portal site. It is likely that they would like to cultivate ‘freelance reporters,’ rather than bloggers. If they cultivate freelance reporters, is it good for the blogosphere? Maybe it is not what they are aiming for, but it could be directed. Portal sites have more readers than conservative media now. They endow the title, ‘reporter’ to bloggers and give compensation. Excellent (?) bloggers among them even have previleges of editing.

On Philomedia’s blog, Nova agreed with his opinion.

I also think that bloggers should just talk about their own stories, not collect news in order to write an article, I look forward to the roles of blogosphere and RSS syndication because, through them, their stories will be directly spread around. So, I am reluctant to terms, such as pro-blogger, blogger reporter, blogger articles, which Media Daum often uses.

On the other hand, Sepial had a different opinion.

Without any attachment, bloggers can be free to write what they believe. They can write (as the position of both producer and consumer of news) articles which are closer to readers. They might be much more free because they don’t get any favor like reporters do… I like their writings because their writings are not stereotyped.
Publicadas por Unknown a la/s 2:41 p. m.