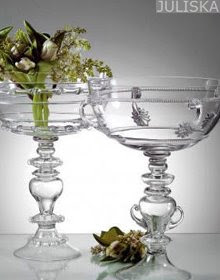 Mary is the owner of a bar in Los Angeles, CA. To increase sales, she decides to allow her loyal customers - most of them unemployed alcoholics - to drink now and pay later. She keeps and maintains a list of drinks consumed in this way, her check on those customers who receive credit.

Word of Mary's supposed generosity gets out and as a result the number of customers in Mary's bar fills up rapidly. Seeing this increase in custom, and taking advantage of the financial constraints suffered by most of her clients, Mary increases the price of beer and wine, the more drinks are consumed.

A young and dynamic local bank employee acknowledges this debt as an investment and helps Mary to increase her loan limit. He sees no reason to worry that Mary is using the debts of alcoholics as collateral.

Meanwhile at bank headquarters, experts transform these assets into bonds, calling them BEBEBONOS, ALCOBONOS and VOMIBONOS.

These bonds are then invested in security markets worldwide. Nobody really understands what these abbreviations mean but they are guaranteed because they come directly from the bank. Somehow all those involved believe all that this is in good confidence. While the value of the bonds continues to grow and sales remain high, they become very popular in bonds sold to investors.

Then one day, though sales are still increasing, a risk manager in the bank (who eventually loses his job for his negativity), decides that the time has come to urge Mary to start calling in her customer debt or her online credit will be reduced and the interest rate increased.

But it soon becomes apparent that the customers do not have the means to pay their debts. Mary then declares bankruptcy when she realizes she cannot pay her obligations to the bank.

BEBEBONOS and ALCOBONOS suddenly crash in market value by 95 percent and VOMIBONOS fairs not much better, stabilizing its price after losing 80 percent of its value.

The suppliers of Mary Bar, having given generous credit opportunities, and investing in bonds that seem to have value, are caught up in the midst of this tumult. The seller of finished wines also declared bankruptcy and the beer brewer sells up his business to competition.

The bank, meanwhile, was rescued by the government following last-minute consultations with government leaders and representatives of all political parties.

The funds required for this bailout are derived from taxes paid by those who do not drink.

Alfredo Ascanio is a professor of economics at Simon Bolivar University in Caracas, Venezuela.
©2009 OhmyNews
Other articles by reporter Alfredo Ascanio
Publicadas por Unknown a la/s 10:45 a. m.