Life during wartime: One family's Tripoli 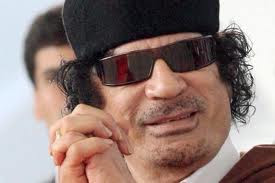 Life during wartime: One family's Tripoli

The Shtawi family remembers the rumours, espionage and military training that led to the fall of Gaddafi's capital.

It's the catchphrase of Tripoli's uprising; shafshoufa is a nickname for Muammar Gaddafi, the ousted Libyan leader, in reference to his untamed curls. Malashy, shafshoufa roughly translates as "It's nothing, Gaddafi!"

Outside the home, the alleyway that the Shtawis and their neighbours had barricaded to block regime troops was dark, empty and silent. The capital echoed with celebratory gunfire.

On the night of August 20, after six months of bloody revolution, the rebels were tightening their grip on Tripoli. Fighters allied with the NTC had seized Zawiya, 50km to the west, and were pushing closer to Gaddafi's last stronghold.

In central Tripoli, the Shtawi family watched the news on television. Mustafa Abdul Jalil, chairman of the NTC, appeared on TV late in the evening.

"We have always called Tripoli the capital of a free Libya … [and] we are depending on you to protect your wealth, your ports and your national institutions," said Jalil. "We have contacts with people from the inner circle of Gaddafi. All evidence [shows] that the end is very near, with God's grace."

Jalil's remarks echoed through Tripoli homes like a battle cry.

"That was zero hour," said Nuri Shtawi, business development manager for the Sahara Petroleum Services Company and one of the Tripoli uprising's many informal organisers.

Shtawi's nephew, Anis, a 21-year-old economics major at Tripoli University, took up an AK-47 he had kept hidden. Months earlier, he and his brother, Esam, had been taken to a farm outside Tripoli where a family friend who once served as a military bodyguard for a regime official taught the brothers how to shoot.

"Just pray for me, that I die as a martyr," Anis told his father, Mohammed, a legal adviser for the Libya African Investment Company and another organiser.

Then he left, heading several kilometres east through the winding, darkened streets of the city centre, to a prearranged point near the al-Mahary Radisson Hotel. He would meet dozens of other armed men, most of them dressed in black.

Outside, the city's mosques sang "God is great, God is great". Amina, one of Mohammed's daughters, described this as the night's "beautiful moment". Tripoli's underground organisers, spread across neighbourhoods and connected in a web of ad-hoc committees, had asked the mosques to do so.

The fight for Tripoli began in February, when thousands of residents took to the streets in solidarity with Benghazi, the eastern center of resistance. Protesters there had overthrown the city's military garrison and won the defection of Jalil, Gaddafi's former justice minister, and Abdul Fattah Younis, former interior minister. In Tripoli, things would not go so quickly.

Esam, a 21-year-old dental school, went to the central Green Square on February 20. The plaza, traditionally a rallying site for Gaddafi and supportive crowds, was for a brief moment flooded with shocked protesters.

"People went because they thought Gaddafi was gone," he said. "We heard that he went to Venezuela. We were so happy."

But as Esam looked on, Gaddafi's security forces entered the square. They brought anti-aircraft guns and turned them on the unarmed protesters.

"There was a big stage, and there were lots of people on [it]. The brigades came from the side streets and started shooting people. All the people on the stage were killed," he said.

The Shtawi family, like many others in Libya's well-educated upper class, has long borne a grudge against Gaddafi and his policies. They look with nostalgia upon the Libya that existed before the 1969 revolution and display black-and-white photos of family members dressed in suits and dresses, posing on clean, tree-lined boulevards. They emphasise how the country once looked like a Western nation.

Under Gaddafi's dictates, the Shtawis lost ownership of four shops and two properties.

"I was praying all the time to get rid of him," said Khadija Shtawi Mawal, Mohammed and Nuri's 90-year-old mother. "He destroyed everything. He's like a sword in my heart."

Mohammed graduated from Benghazi University's law college in 1976, at a time when anti-Gaddafi protests had been met with deadly police violence. After graduating, he spent 40 days in jail for his suspected opposition sympathies. The next year, some of his fellow students would be hanged in Benghazi's main square, a ritual that continued into the 1980s.

Despite gestures toward reform by Saif al-Islam, Gaddafi's most-prominent son, and a recent rapprochement with the West, Gaddafi's decades-old "cultural revolution" could be felt even in 2011. Secondary school students were still required to take classes on jamahiri thought, the philosophy espoused in Gaddafi's Green Book.

Once the uprising broke out in February, schools became an ideological battleground.


At school, pro-Gaddafi students told Nada and her friends, "We're going to kill you." [Evan Hill/Al Jazeera]
Nada Shtawi, Nuri's 18-year-old daughter and a student at Ali Seyada Secondary School, told how teachers brought in regime representatives to berate the "rude people" of Benghazi and lead students in pro-Gaddafi chants.

Nada, her friends and most of the student body, she said, were opposed to the regime. They would gather outside after school and yell their own slogans such as "Muammar Gaddafi, get out", "Libya is free" and "Our blood is not cheap".

Pro-Gaddafi students approached Nada and her friends every day, demanding the names of the girls who supported the revolution.

Amina, one of Mohammed's daughters and a 20-year-old English student at university, recalled how loyalist students at her school told her not to drink the water, because people from Benghazi had poisoned it.

"A lot of my friends, their parents work with Muammar, and very closely," she said. "One girl's family left for Morocco during the first week."

Beginning in March, when NATO air strikes began targeting regime bunkers, offices and military camps in and around the capital, the family rejoiced. Neighbourhood boys could be heard whistling, a way of cheering the jets, and some families wrote "Thank you, NATO" on their rooftops.

The family believed intervention was necessary and did not fear the disastrous invasion that Saif al-Islam and other regime officials had warned would follow.

"If NATO didn't come, Benghazi, Misrata, Zawiya, even some places here in Tripoli were going to be destroyed," Nada said. "We were very worried. Misrata people had suffered through so much, and Brega was hard to get because it was important. But we were so sure that Muammar Gaddafi would not come back and rule us. If [the West] wanted Gaddafi then they wouldn't bring NATO to get rid of him, they wouldn't spend money for nothing."

The family was not worried about post-Gaddafi Libya becoming an "Iraq situation," Nuri said.

"America and Europe will not invade any country again; it's an old fashioned way of war," he said. "We know they want to invest. It's OK."

As the bombs fell, the girls protested at school. Wala, Nuri's 16-year-old daughter, used coloured pencils to draw a clenched fist holding a streaming rebel flag and hid it under her bed.

Mohammed propped a scrapbook on his knees that contained dozens of stiff red pages; a piece of white paper had been carefully clipped to each one. The pages bore the eagle stamp of the Gaddafi regime, and those that Mohammed showed bore marks indicating they had come from the Internal Security agency.

Each one was a transcript of a recorded phone conversation, Mohammed said. Most of the conversations took place during the past six months of fighting. They had been leaked to Tripoli's rebel organisers by friends inside the regime. Mohammed declined to allow the transcripts to be photographed or copied, but he read out the contents of some.

In one conversation, two men named Abdelfattah and Abdelbaset, speak by phone about "small ships coming by sea".

"How are the sheep?" Abdelbaset asked.

"They're fine, thanks be to God," Abdelfattah responded. "But listen: One of the female sheep has a toothache."

The sheep referred to weapons, Mohammed said, and the toothache indicated the men believed they had a spy in their ranks.

In another conversation, dated July 17, a man phoned his friend to say he had spotted 70 cars with mounted Grad rockets and 106mm recoilless rifles leaving the southern town of Gatroun on the way to a place called Om al-Aranub.

"We have 600 cars," the man said, suggesting he is a rebel field commander. "We're a big force, but the men are not well trained. We need help from NATO."

The regime convoy came from the direction of al-Wigh, a nearby town with an airbase, he said. "If you need the coordinates, I'll send them to you in a message."

Nuri and Mohammed said rebel organisers in Tripoli had hundreds of contacts in various offices within the regime willing to help. The evidence of leaked files, access to weapons and the speed and scope of the uprising in the capital suggest they told the truth.

Many of the insiders wanted to abandon the government but were convinced to stay, Nuri said. Those who remained with Gaddafi proved invaluable, tipping off organisers when they heard of plans to arrest a member of the opposition leadership.

Nuri and Mohammed stayed out of military affairs. Instead, they spread news to Libyans and foreign media, sent money to Misrata and medical camps in Tunisia, and prepared their neighourhoods.

They produced pamphlets, handed out in secret, that gave instructions on how women might combat rape attempts. One pamphlet advised, "Tell him, 'Imagine this is your sister, or your mother.' Look him in the face".

They argued with friends and neighbours to convince them that NATO's intervention was good.

"We wanted people to be patient, pray. [We told] them why we want to get rid of Gaddafi, not get him necessarily, but his philosophy," Nuri said.

As the mosques chanted "God is great" on August 20, Anis and his companions fired their guns in the air to draw out Gaddafi's forces. In the streets, alleys and midans of a seaside neighbourhood called Zawiyat al-Dahmani, they waited.

Soon, four cars bearing anti-aircraft guns and around 25 men came down Anis's street. His men opened fire with their assault rifles, and the heavy regime weapons blasted back. From cover, some of the young fighters hurled petrol bombs and joulateen, cans packed with TNT that traditionally have been used for fishing.

Some of the regime troops went down, and two fighters with Anis were injured. The retreating loyalist forces left the bodies of their fighters behind and fired a rocket-propelled grenade in an attempt to destroy a remaining anti-aircraft gun the rebels were trying to seize.

The fighting lasted from sunset until the next morning. Eventually, the rebels surrounded the remaining government troops. They took 11 prisoners, including two women.

At 1 pm, they lifted the rebel flag over the Supreme Court building.
Publicadas por Unknown a la/s 4:14 p. m.