She is the estranged daughter of the Somali scholar, politician, and revolutionary opposition leader Hirsi Magan Isse. She is a prominent critic of Islam, and her screenplay for Theo Van Gogh's movie Submission led to death threats. Since van Gogh's murder by a Muslim in 2004, she has lived in seclusion under the protection of Dutch authorities. 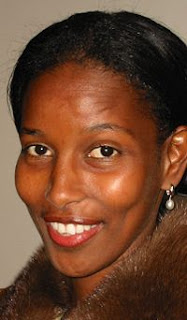 Dutch feminist and political writer Ayaan Hirsi Ali has a very different perspective. Ali is a vocal critic of Islam and a devout atheist whose writings condemn the subordination of women. Countless death threats force her to live under constant armed guard. Ali's most famous books include a collection of essays called The Caged Virgin: An Emancipation Proclamation for Women and Islam and Infidel an autobiography published in 2006. Ali believes that Islam is at war with the West, and believes that the U.S. must distinguish between who is an enemy and who is a friend. Before that, she says, we all must decide "what do you stand for?" and then decide whether we are willing to defend and die for freedom and humanity just like fanatics in Muslim countries are willing to die for their cause.

This week Big Think presents Michael Walzer, one of America's leading political philosophers. A professor emeritus at the Institute for Advanced Study in Princeton, New Jersey and editor of Dissent, a left-wing quarterly of politics and culture, Walzer is an expert on unjust wars and has written 27 books and has published over 300 articles, essays, and book reviews on a variety of international topics. Walzer says that it's true that when fundamentalists, zealots, and ultra-orthodox factions take over a country, they tend to repress the moderates and the liberals in their own camp. But we must remember, he cautions, that in those situations, the repressed, just like liberal and secular Afghans, become our allies. "Therefore it's a big mistake to try to describe it as a war of unified culture."
Publicadas por Unknown a la/s 9:43 p. m.