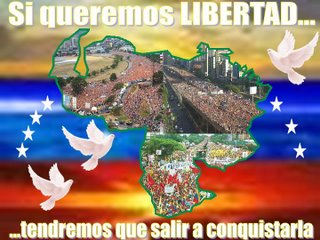 A new project of civic journalism seemed to OhMyNews this being born to begin in the first quarter of the year 2.007. There I will be participating.

The war of the surveys 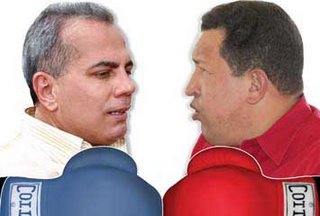 Venezuela: The War of the Surveys
In the quest for power, uncertainty appears
Alfredo Ascanio (askain)

A recent Evans/McDonough poll shows that only 65 percent of Venezuelans are confident about next month's elections. But answers to a majority of the questions in this survey indicate that the country is politically polarized. This phenomenon creates uncertainty for the elections.

Forty percent of the voters think the vote will be conducted with fraud. In other words, a full 4 out of 10 Venezuelans doubt the integrity of their own electronic voting machines.

The other issue is "the war of the surveys." On Nov. 7, as unknown Venezuelan business -- Consultants 30.11 -- announced that President Hugo Chavez had the support of 57 percent of the people. His challenger, Manuel Rosales, had 35 percent. But it should be noted that Petroleum of Venezuela (PDVSA) paid that poll.

On Wednesday, the University Complutense of Madrid and the Venezuelan business Veneopsa said that with a sample of more than 3,000 polled, Chavez had 57.8 percent of the votes, Rosales 26.9 percent.

Investigative journalist Alfred Keller found that almost 6 million votes came from Rosales's group and another 6 million came from Chavez's group; in other words, a full tie between Chavez and Rosales (both at 40 percent).

Chavez's reelection campaign has been less aggressive. He has said that to gain votes he needs new support and another strategy. The new support consisted of inviting Brazilian President Luiz Inacio Lula da Silva to inaugurate a second bridge on the Orinoco River, which was built by companies run by both governments.

Lula's visit was very important because he spoke with passion about the work of Chavez and he recognized that he had faced the same problems in his reelection campaign. A director of the National Electoral Counsel protested the presence of Lula and his endorsement on TV for Chavez.

Elections in Venezuela will be held on Dec. 3. The two candidates are very different leaders. Chavez has the advantage of political power but Rosales has the example of his work as governor of Zulia state.

According to another survey, it is possible that Rosales will obtain 48 percent of the votes and Chavez 40 percent. But in the current political climate, there is a dangerous possibility that the votes will be very close. We could see a crisis as happened in Mexico recently. Another possibility: Chavez, 57.4 percent, Rosales, 30.9 percent. These averages are the most recent data.

In countries with little political culture, it is not acceptable for a contender to win a presidential election with a few votes more than his opponent. Always protests arise.

I have interviewed some local people about the presidential election. Some of the inhabitants of poor neighborhoods complain that the government has promised them dwellings but have failed to deliver. Others say that the fault for these failures lie not with Chavez but with his ministers.

The middle class complains about unemployment, currently at 15 percent, and inflation, 12 percent per year. Members of this social class are more conscious that the government is populist and autocratic and believe that it espouses the same communist ideology as Cuba.

Come Dec. 3, we expect that uncertainty will be high because the Venezuelan political campaign will be watched not only by Venezuelans but also by all Latin Americans and even by the United States and European.
©2006 OhmyNews

Today 15 November the University Complutence of Madrid and the business Venezuelan Veneopsa said that with a sample of more than three thousand polled people Hugo Chavez has the 57,8% of the votes and Roales the 26,9%. 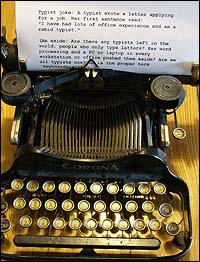 In the FIFTH DAY Venezuelan Newspaper, of the 10 al 17 of November, appears a report written by Lorenzo Glusty about the contribute in dolares that has done the President Chévez to other countries.

The grand total is over 17 thousand million dollars, but of that amazing quantity that represnta almost the 57% of the Venezuelan external debt.

As soon as commutation through al feudal system of the EXCHANGE 0il by other goods, It is supposed that the country should have received a goods quantity of pregnant cows and other farm products. But as themselves not an control has done to know where those goods are found, the doubt exists that really they exist or in case to exist in which farm those heads of cattle are found.

It is the second time that a Venezuelan government distributes money with end procelitistas. The first time was when was carried to Judgment al President Carlos Andrés Pérez by contributing 250 thousand dollars to the Contras of Nicaragua.
Publicadas por Unknown a la/s 11:01 p. m. No hay comentarios.: