The US Economy, Stagflation, and a Time Bomb

The US Economy, Stagflation, and a Time Bomb
[Analysis] Prof. Alfredo Ascanio examines US recession measures

According to an analysis by Marcelino Pena, an "advocate for the poor,( ) "recession is generally defined as two or more consecutive quarterly decreases in Gross Domestic Product (GDP) or a general decrease of productivity caused by a slowing down of various sectors in the economy".

Economists look into four main indicators having a strong effect on the GDP, which are consumption, production, employment and income. The US economy is made up of eighteen different sectors although housing, financial, and US government spending on defense are three economic sectors that are currently having a significant negative impact on the four main indicators and the GDP.

The US government has taken unsuccessful measures to mitigate recession such as an increase of tax refunds to consumers and business owners and the Federal Reserve insuring assets for the Bear Stearns bank. The US economy therefore will be in a recession for the next six months, or two quarters (summer and fall), of the year 2008 and it will worsen unless the three sectors mentioned are resolved.

The Gross Domestic Product in 2007 had been growing at quarterly intervals for the second (3.8 percent) and third (4.9 percent) quarter but a huge drop had occurred in the last quarter (.6 percent). The overall yearly change has been of contraction beginning from 2005, which was at 3.1 percent growth from the previous year to 2.2 percent growth currently at the end of 2007.

Consumption maintained a steady pace in both 2006 and 2007 but sales have steadily been decreasing from 2006 onwards. Beginning in January 2006 retail sales have declined from 8 percent to about 2.5 percent as of January 2008. Real personal consumption expenditures were at a steady pace of about 3 percent in October 2006 to October 2007 and it dramatically declined to about 2 percent as of January 2008.

Production however appears to hold steady but the initial start of 2008 shows very poor performance. The Federal Reserve's industrial production index has been modestly stable in 2006 and has shown anemic growth in 2007, but beginning in 2008 a decline starts to appear. Its index capacity shows a performance of about 80 percent for both 2006 and 2007 but again a drop appears at the onset of 2008. On the ISM index-manufacturing fall to about 47 this indicates a general decline in manufacturing.

Employment numbers at the last quarter of 2007 have likewise been declining significantly while the unemployment rate jumped to 5 percent in December 2007 and increased to about 5.1 percent in March of 2008. Income has also decreased in 2007 compared to the year prior and this decline continued through the first quarter of 2008.

And the impact of the collapse of the housing sector and the big consequences it has had on the financial sector.

The GDP will continue to decrease as all four indicators are going into a decline into the second quarter of 2008. Unless the three sectors discussed are resolved, the economy will spiral downward as each of the four indicators worsens.

Notwithstanding the above would be interesting to recall again the views of the Swedish economist, noble prize, Gunnar Myrdal in his critical essays "Against the Stream".

The economist pointed out that the Keynesian approach, which had gradually become establishment economics, was certainly heavily biased toward seeing the normal tendency of every economy to fall into a depression, characterized by deflation and unemployment. But Swedish economist Knut Wicksell implied then notion of "monetary equilibrium," away from which there could be a cumulative process directed either toward inflation or deflation.

Practically nobody tried seriously to spell out the thesis that inflation has arbitrary, unintended, and therefore undesirable effects on resource allocation and the distribution of income and wealth.

When we now look back at what has actually happened in the postwar era, we have to recognize, besides anticipations, a large number of other factors that spur inflation. They are all of an institutional character and are thus less easily accounted for in simple theoretical models. The change in popular attitude will tend to accelerate an ongoing inflation.

To check an ongoing inflation with a tendency to accelerate is a very different thing from preserving a stable currency. The result will most often be a high and sometimes rising level of unemployment, while prices are continuing to rise, though less rapidly than otherwise. This is what has been called "stagflation", which is either an actual reality or a threat in all countries.

Myrdal back again to discuss the issue of "stagflation" and affirms that from the point of view of economic theory, the course toward "stagflation", caused by the tendency of inflation to accelerate and the political necessity not to let it run wild, is characterized by a conflict between goals: mainly stability of the purchasing power of the currency, foreign exchange balance, and full employment; and ensures that what is now required is a very much more complicated theory that also has to work with a great number of institutional factors, all of which could be safely disregarded seventy-five years ago.

In other words therefore, we cannot be satisfied today (2008) with the simple type of theory we could then agree upon and lay as a basis for rather straightforward policy directives.

In accommodating to the obvious conflict between main goals, the general tendency has been to give little importance to the first goal but rather to accept as normal and natural that prices should go up, though not too rapidly. But relative success in any income policy will depend largely upon mastering institutional factors that have had little place either in the Keynesian or the post-Keynesian approaches.

In short but now, as seventy-five years ago, in order to become instrumental in causing policy change, they would need a minister of finance, a government, a parliament, and behind them a people that were prepared to back such a more exacting policy.

Finally Myrdal reminds us that there is at present great unanimity that the "quality of life" shall be raised, but no group and few individuals are prepared to abstain, in order to reach that goal, from wanting to raise their consumption. They are all involved in a fierce competition and a striving for compensation that makes the space for the quality of life ever narrower.

These same attitudes of people in all social classes are driving forces behind inflation, though at the same time all complain about the rising prices. Neither a higher "quality of life" nor a stable value of currency can be achieved without a rather radical change of people's attitudes.
Publicadas por Unknown a la/s 7:11 p. m. No hay comentarios.: 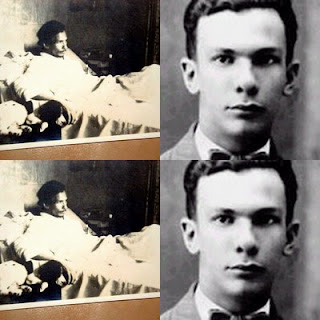 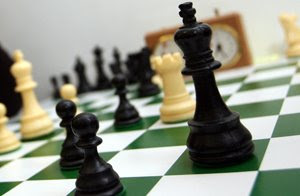