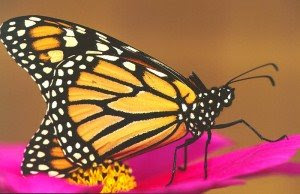 One version of chaos theory opines that a butterfly flapping its wings in Beijing could produce a change in atmospheric pressure that in turn could cause a tornado in Texas. This “butterfly effect” graphically demonstrates the theory whereby a small change in one area can cause a chain of events that leads to a major effect somewhere else. So it was in 2007 when losses in the subprime-mortgage sector in the U.S. led to downturns in many housing markets around the world, followed by a widespread tightening of credit and turmoil in international financial markets.

Early in the year there was growing concern about the rise in mortgage defaults in the U.S. housing market and fears of a U.S. recession, which resulted in a global sell-off in equities in February. Over the past decade, strong economic growth, moderate inflation, and low interest rates had encouraged home ownership in the U.S. and other developed countries, while the strong rise in house values made property an attractive investment to more people, including those with poor credit records and low incomes, who could not qualify for prime-rate loans from mainstream lenders. This led to an increase in the competitiveness and proliferation of subprime-mortgage lenders and brokers.

Confidence among lenders was boosted by low funding costs and the widespread belief that if borrowers could not maintain loan repayments, the properties could be repossessed and resold at much higher prices. Credit standards were lowered, and many loans were made to high-risk borrowers, including those in low-income minority areas, who might otherwise have been excluded from the market. It was estimated that $450 billion, or 30%, of outstanding subprime loans were adjustable-rate mortgages in which the repayment rate had been set for two years before being reset at higher interest rates (plus a margin) in 2007 and 2008. The rapid increase in interest rates by the Federal Reserve (Fed) from 1% in mid-2004 to 5.25% in mid-2006 meant that by midyear 2007 a rising number of the estimated six million subprime borrowers were defaulting on their mortgage payments, and their homes were being repossessed.

Combined with an absence of new buyers (deterred by the higher interest rates), this led to a slump in the housing market. In August, sales of new homes were down 21% over the year, and the decline was deepening. As the year progressed, it became increasingly clear that the U.S. problem had global implications and could not be contained. This was because much of the mortgage debt had been rolled into bonds, called mortgage-backed securities (MBSs), and then rebundled (together with lower-risk assets) by investment bankers in order to gain a higher credit-risk rating. The apparently less-risky bonds were then sold to other investors on the wholesale money market as CDOs (collateralized debt obligations). The market for CDOs was extremely buoyant, and banks, pension funds, hedge funds, and other investors all over the world bought them. Crucially, the complex structure of the market made it difficult to know who was holding the debt and where it was in the world financial system.

In the financial sector, Countrywide Financial, the largest mortgage lender in the U.S., reported a third-quarter loss of $1.2 billion, its first loss in 25 years. In the U.K., Northern Rock had to be bailed out by the Bank of England in September and was the focus of continuing attention. Northern Rock was the U.K.’s eighth largest bank and fifth biggest mortgage lender, accounting for one in five U.K. mortgages. The bank had pioneered the securitization of mortgages in the U.K., and although other lenders were more restrained, by the beginning of 2007 about half of all outstanding mortgages had been sold off in this way. By late November it was unclear what would happen to Northern Rock, which was being propped up by around £25 billion (nearly $52 billion) in taxpayer money, with an additional £18 billion (about $37 billion) in deposits being underwritten by the government.

In June the U.S. investment bank Bear Stearns announced that two of its hedge funds, which invested in subprime-related debt, had registered large losses. Other funds, located as far away as Australia, also announced losses and froze redemptions. Securities backed by subprime mortgages were also being used as collateral for more borrowing and were putting additional pressure on financial markets. In July there were increasing worries about the exposure of several state-owned German banks to subprime debt, and in early August the French bank BNP Paribas announced that it was suspending funds invested in U.S. subprime-related mortgages because of the difficulty of valuing the underlying assets.

Markets were stunned on August 9 when the European Central Bank intervened with an unprecedented offer of unlimited short-term loans to the banking system. It injected €130 billion (about $179 billion) in order to avert a potential liquidity crisis when overnight interest rates rose to 4.7%, exceeding the 4% cap. The Fed made a more modest intervention of $24 billion. Further injections of funds continued, and in mid-December central banks gave a record $530 billion to boost liquidity in credit markets.

Toward the end of the year, sharp declines in the value of the dollar against all major currencies raised concerns of inflation in the U.S., where the rate of consumer price increases was already accelerating. This limited the Fed’s scope to raise interest rates for fear of the inflationary consequences. In December the Fed detailed plans that, if implemented, would give it more control over the U.S. mortgage market and prevent another subprime crisis. In the U.K. politicians and financial regulators were planning banking system reforms to reduce liquidity risk in the future.
Publicadas por Unknown a la/s 5:30 p. m. 1 comentario: 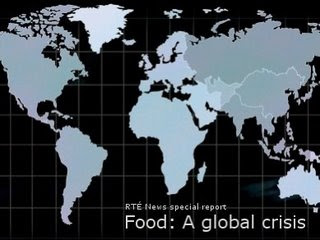 The global economy is in a tailspin. The recession that began in the United States in 2007 is predicted to continue well into this year and to affect the economies of nearly every major industrialized country. Stock exchanges around the world have fallen steeply, and credit (money) markets remain tight despite massive infusions of government capital. Major investment banks and other lending institutions have failed or required a government bailout while other industries are clamouring for government assistance. Home foreclosures are widespread, and the unemployment rate in the United States and other countries threatens to rise further. Go Inside Britannica to explore the causes and consequences of the global economic crisis.

The Housing Boom and Subprime Lending

During the boom in the American and European housing markets in the late 1990s and early 2000s, less-qualified borrowers were offered subprime mortgages with adjustable but initially low interest rates. Banks viewed subprime loans as sound investments, and pools of subprime loans were purchased by investment banks (and in the U.S. by the federally chartered corporations Fannie Mae and Freddie Mac) and sold as mortgage-backed securities (MBSs) to other banks and investors. Funds from the sale of MBSs enabled mortgage originators to issue new home loans, and the asset value of MBSs enabled their holders to extend credit to other banks and businesses.

By 2007 interest rates charged by central banking authorities had increased, pushing the mortgage payments of homeowners with subprime loans to levels they could not afford. Many were forced out of their homes by foreclosure. In 2008 defaults and foreclosures accumulated in the United States and Europe, driving down the value of MBSs. Some major banks failed, and credit markets tightened, forcing cash-starved companies to cut costs by reducing purchasing and laying off employees. Stock exchanges suffered significant declines as worried investors sold off shares.

Government to the Rescue

The Bank of England and the European Central Bank made direct investments and loans to troubled financial institutions, and in September 2008 Fannie Mae and Freddie Mac were placed under U.S. federal conservatorship. A month later Congress passed the Emergency Economic Stabilization Act (EESA). It and related measures represented in financial terms the largest government intervention in private industry in American history, larger even than the New Deal programs created in the 1930s in response to the Great Depression. Today, the ongoing economic crisis stands as one of the most significant challenges to the administration of U.S. President Barack Obama.

The fundamental cause of the Great Depression in the United States was a decline in spending, which led to a decline in production as manufacturers and merchandisers noticed an unintended rise in inventories. By 1933, after a string of banking panics, one-fifth of the banks in existence in the United States at the start of 1930 had failed. As much as one-fourth of the labour force in industrialized countries was unable to find work in the early 1930s.
Publicadas por Unknown a la/s 5:21 p. m. No hay comentarios.: