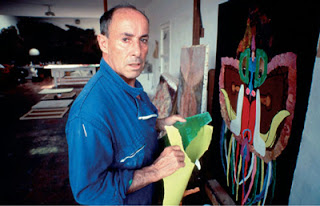 The social interaction of the Web. 2.0

The social interaction of the Web. 2.0
It grown quickly

In this century the increase of blogs, digital magazines and the places of social interaction of the Web.2.0 have grown quickly. The experts say that in the next 5 years the user of this services will grow in a 250%.

In the world exist 70 million of blogs of which 21%, that is 15 million, are most active. But every day appear 120 thousands new blogs that is to say that the blogesfera duplicates every 320 days. In Venezuela exist only 60 thousands blogs and only 10% are being updated and the others die by sudden death.

35% of the Latin Americans read blogs and only 13% write and maintain blogs, but as soon as 3% raise his blog some video, specially if they are of YouTube. Despite in Latin America the penetration of Internet it is of as soon as 20% which had to the elevated costs specially of the broadband .

But what it is appearing with greater intensity is the competition to offer gratuitous musical services. For example, the LINK
LAST.FM
, branch of NorthAmerican chain CBS, has become the first gratuitous platform of music in Internet because it is financed entirely by his publicity. The user can listen near 3.5 million songs of the main discograficas companies as they are: Universal Music Group, Warner Sony and EMI.

However, how works this link? It works with a sofware. As I wanted to hear soul music then I put the name of Amy Winehouse and after enjoying its music, the links put other singers in the same line ,in his case: Corinee Biley Rae, Macy Gray, Nelly Furtado, Macy Gry, Alicia Keys, Nina Simone, Jass Stone, Norah Jones, Aretha Franklin (The Queen of the Soul), Marvin Gaye y Erykah Badu with its Neo Soul .
Publicadas por Unknown a la/s 7:12 p. m. No hay comentarios.: