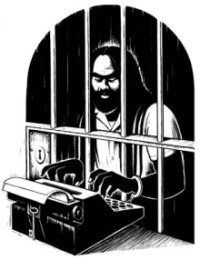 The name of the rival encyclopedia is UNCYCLOPEDIA. This encyclopedia is not very well known; for example only in GOOGLE it exist if you try it to look for. The difference is that UNCYCLOPEDIA in addition to 24.000 articles has the news (In the News).

The subjects of this new encyclopedia are: politics, people, science, games, history, computers and other items.

In summary: I recommend knowing this educational tool and using it in the academic activity.

WIKIA, The Internet -— After a series of tests, studies, surveys, and meetings, the Wikia Foundation has made the decision to move Uncyclopedia up on their list of Top 10 Wikis, finally surpassing Wikipedia, its parody (though Wikipedia claims the reverse), after years of close competition.

“It really was inevitable,” the Wikia Board of Directors said in their press release last week. “Not only has Uncyclopedia’s popularity been increasing drastically lately, but the overall quality has also steadily risen, and with the upcoming PLS drawing more reader attention, well, numbers don’t lie.”

Uncyclopedia, founded by Chronarion in 2005, has expanded constantly since and yielded brilliant examples of philosophy, science, literature, opinion, and just plain classic comedy. Most of the 56,032 registered users have contributed somewhat, and a few have distinguished themselves in some way. New articles continue to flood in daily, forum discussion is thriving, and ever-vigilant security has never been stronger.

In contrast, Wikipedia has suffered a decline in readership lately. “I just don’t get it,” Wikipedia founder Jimbo Wales cried last Saturday. “We used to be great. We used to have power. You would think that 1,841,555 articles would count for something. We’re supposed to be like the Galactic Empire, and they aren’t even a real encyclopedia, for crying out loud!”

“He’s just jealous,” was Chronarion’s public response the following morning upon hearing the news. “He gets like this every once in a while. Sometimes things at work will be too much for him, or it’ll be ’’that’’ time of month. Just give him some time, and this’ll blow over.”

Forums across the Internet became strongly divided after the public announcement of Uncyclopedia’s promotion. One side is celebratory and well pleased that Uncyclopedia is finally getting the attention it deserves. Opponents have taken up stubborn resilience to the change, claiming that Uncyclopedia “sucks” and “should go wallow in its own feces and expire”.

Uncyclopedians have decided that nobody cares about these claims, and for the most part, they’re right.“Just little kids,” an anonymous Uncyclopedian posted on a public forum regarding the comments. “Ignore them, don’t heckle them, and let them go back to their holes."

The Wikia Foundation will hold another board meeting this Friday, open to the public. Among the items in the agenda will be an analysis of public response to Uncyclopedia’s promotion, and consideration of further bestowing of honor on what is rapidly becoming “The World's Favorite Wiki”. 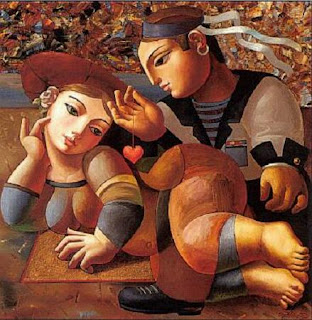 Art is a (product of) human activity, made with the intention of stimulating the human senses as well as the human mind and/or spirit; thus art is an action, an object, or a collection of actions and objects created with the intention of transmitting emotions and/or ideas. Beyond this description, there is no general agreed-upon definition of art, since defining the boundaries of "art" is subjective, but the impetus for art is often called human creativity.
An artwork is normally assessed in quality by the amount of stimulation it brings about. The impact it has on people, the number of people that can relate to it, the degree of their appreciation, and the effect or influence it has or has had in the past, all accumulate to the "degree of art." Most artworks that are widely considered to be "masterpieces" possess these attributes.
Something is not generally considered "art" when it stimulates only the senses, or only the mind, or when it has a different primary purpose than doing so. However, some contemporary art challenges this idea.

Today and always the art is the essence of the human spirit. Without art the man is not much. The art is a universal language and with the globalization world and the technology we can to visit museums, to see the work of the best painting, sculpture and universal music. An example of the previous thing is this excellent WEBS that I want that you know.