The Tragedy of Our Economic System 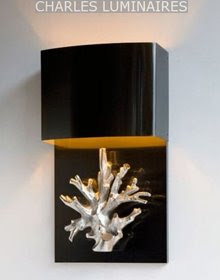 Economics is a social science studying the behavior of social groups to meet a variety of needs with limited means, according to Wesley Mitchell. The economy of a private business differs from that of a country. In this matter there are two different ideas. Employers have to fight to keep their business afloat. The economist wants the country to stay afloat.

Man does not study well what is too close. If, for example, John Smith already has his retirement insurance, then John would find any change that threatens the value of his annuity a socialist measure of confiscation, economically wrong, although the change may be socially desirable.

The search for culprits is one obstacle to understanding economic facts. Economy observes events as processes that affect each other, not isolated instances with specific causes. Most often an economic fact may have its roots in past decisions. In a world with millions of people living interconnected lives, disturbance at a site is sure to have an impact elsewhere, even though economic activities are divided among different sectors.

Our contemporary world is divided into three types of economic associations: capitalism, communism and a mixture of the two, as in British socialism. A truer ranking would be to classify countries as poor, intermediate and relatively developed. However, many economists do not measure wealth or poverty in terms of revenue only, because satisfaction is partly a subjective, individual matter.

Why are still there poor people in the world?

1. because man has harmed nature
2. because there are many corrupt and weak governments
3. because man spends only 15 percent of their hours of life in a lucrative activity
4. because man is subject to the hardships of the environment (earthquakes, erosion, bacteria)
5. because man can live with superstitions that make their work inefficient
6. because poverty prevents the growth of capital and a lack of capital leads to more poverty
7. because a good portion of people live in rural areas with inefficient technology or few suitable tools
8. because men still make violent decisions amid their conflicts of interest
9. because countries find it harder to raise the living standard of very large populations
10. because there is a vicious cycle of capitalism with its cycles of boom and recession
11. because in some countries men share what little they have with totemic gods and other sacred gods
12. because there is a lack of resources and the imprudent use of them.
13. because society has never produced enough for everyone, because we live in a world economically bizarre, poorly organized and inefficient.

In short: man always wants material wealth, but does little to achieve it and prefers to wage war and consume irresponsibly. Man abandons himself to the economic system without making the effort of managing it properly.

Alfredo Ascanio is a professor of economics at Simon Bolivar University in Caracas, Venezuela.
Publicadas por Unknown a la/s 8:10 a. m. 1 comentario:

The 15 Most Ignored Nations

I want to pay tribute to 15 important countries seldom taken into consideration. Seven countries in Africa, five in Oceania, two in Europe, and one in South America emerged as European colonies that after independence suffered coups, assassinations of political leaders, corruption and an unacceptable intolerance in the midst of extreme poverty and infant mortality. Many have kept the currency and language of the European country that first colonized them.

The Republic of Benin (capital Porto-Novo) is an ethnic African country that keeps the colonial French language, the franc currency, and the Catholic religion. Its current head of state is Yayi Boni.

Burkina Faso (capital Ouagadougou) is a country of mostly ethnic Mossi who also, due to colonial tradition, speak French and use the franc, but are of Muslim religion. Its current head of state is Blaise Compaore.

The Union of the Comoros (capital Moroni) is a Muslim country of mostly ethnic Antalotes who speak their own language, Comorian, and use as currency the Comorano franc. Its head of state is Ahmed Abdallah.

The Republic of Djibouti (capital Djbouti) is a country of mostly ethnic Somalis who formally uses two languages: French and Arabic. Its currency is the franc, its population is Muslim, and its head of state is Ismail Omar Guelleh.

The Republic of Liberia (capital Monrovia) is a country of varied African ethnicity, which uses English as its official language. Its currency is the US dollar and its religions are Catholicism and Islam. Its current head of state is Ellen Johnson-Sirleaf.

The Republic of Seychelles (capital Victoria) is an important touristic destination and one of the less troubled countries in Africa. Its ethnicity is a blend of Asian and African and its religion is Catholic. The people speak English and French and the rupee as currency. Its current head of state is James Michel.

The Kingdom of Swaziland (capital Mbabane) is a very small country with a hereditary monarchy of Swazi ethnicity. There are two main languages: English and Swati. Its currency is called lilangeni, and its current head of state is King Mswati III.

The Republic of the Marshall Islands (capital Majuro) is an ethnically Micronesian nation of Protestant religion. The country has two official languages: English and Marshallese. The country uses the US dollar as its currency, and its head of state is Litokwa Tomeing.

The Republic of Kiribati (capital Tarawa) comprises 33 islands in the Pacific Ocean, populated by English-speaking Catholics and Protestants. Its currency is the Australian dollar and its current head of state is Anote Tong.

The Republic of Nauru (capital Yaren) is an island nation populated by ethnic Nauruans of Protestant faith. Its language is Nauruan, its currency is the Australian dollar, and its head of state is Marcus Stephen.

The Republic of Palau (capital Koror) comprises several islands inhabited with ethnic Palauanos, mostly Catholics and Protestants. They speak Palauan and English. Its currency is the US dollar. Its head of state is Tommy Esang Remengesau, Jr.

Tuvalu (capital Funafuti) spans several volcanic atolls. Its population is of Polynesian ethnicity of Christian religion. It uses both the Tuvaluan dollar tuvaluan and the Australian dollar. Its official language is English and its current head of government is Apisai Leleima.

The Principality of Liechtenstein (capital Vaduz) is populated by ethnic Germans who use as their currency the Swiss franc. Its official language is German and its religion is predominantly Catholic. Being a constitutional monarchy, a crown prince chairs the country, Hans-Adam II, while the head of government is Otmar Hasler.

The Republic of Moldova (capital Chisinau) is mostly inhabited by ethnic Moldovans and Ukrainians of Eastern Orthodox faith who use as currency the Moldovan leu and speak Moldovan and Russian. Its current head of state is Vladimir Voronin.

The Republic of Suriname (capital Paramaribo), populated by ethnic Hindu and Creole, uses as currency the Surinamese dollar and has Dutch as its official language. Its main religions are Catholicism and Hinduism. Its current head of state is Ronald Runaldo Venetiaan.

Most of these countries are young, still troubled by discontent with their governments and social tensions. Some were born of military coups d'etat and often their elections are suspected of irregularities, intended to impose repressive ideologies and preserve the hold on power.

These countries were colonized for their natural resources and, sometimes, their strategic value. Not all have full democracy. Those located in Africa and Oceania have very weak economies and suffer from famine and infant mortality. The most affluent ones depend on a service and tourism economy or hold major financial centers, especially the European ones.
Publicadas por Unknown a la/s 10:08 p. m. No hay comentarios.: 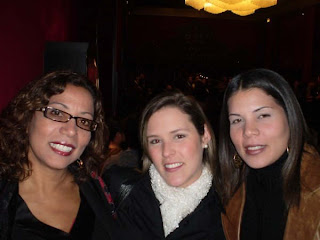