The Internet in Intensive Care 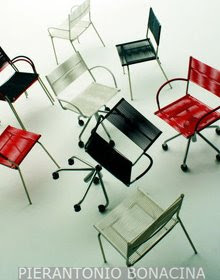 In the late 1960s, the US Defense Department began the Internet. The network quickly grew to include scientists and researchers across the country and schools, businesses, libraries and individuals around the world.

The Internet consists of thousands of networks connected together that exchange information, but no one organization owns or controls the Internet. There is no government regulation and no one censors the information made available.

Is the Internet exhausted? This is not a naive question, because that is what some experts say. The main lobbyist for AT&T, James Cicconi, recently warned there is the possibility that the Internet will reach the "limit of its physical capacity in 2010."

Cicconi and others argue that this justifies charging a premium to very active users, and does not want new laws to prevent AT&T from doing this.

Service providers are interested in creating the impression that the capacity of the Internet is a scarce and expensive resource. Richard N. Clarke, an executive of AT&T, argued that the cost of unlimited Internet services to some residences may reach US$416 per month and to efficiently manage their networks they need to monitor what their customers are doing and even control overuse or impose surcharges to those users.

With all traffic on the Internet remaining more or less like it was two years ago, the previous claim seems very exaggerated. Traffic grows each year by 35 percent to 50 percent as demonstrated by a study of the Minnesota University and an investigation of Cisco Systems, and Andrew Odlyzko pointed out that there are no signs that there is an explosion in Internet use. But Cicconi has predicted that traffic will grow five times more until the year 2015.

The truth is that technological advances have enabled a massive increase in the capacity of data networks. But with the prices in the fall of fiber optic cables and routers that characterize the Internet, the predicted lack of capacity seems unlikely in the next two years.

If the major providers are exaggerating, their opponents are equally exaggerating, said an emphatic Stephen H. Wildstrom of BusinessWeek.

Consider the following link on this matter: http://www.savetheinternet.com

These companies are said to want favoritism for their own search engines, Internet telephony and video transmissions, but on the condition that their competitors are blocked.

This blog also maintains that: "Big phone and cable companies are trying to eliminate net neutrality, the principle that protects our ability go where we want and do what we choose online."

"More than 1.5 million SavetheInternet.com supporters are fighting to keep the Internet free and open for everyone."

Putting filters on the Internet is another of the wishes of some authoritarian politicians, such as the new Venezuelan Communications Law, in addition to controls in China and Cuba.

The Internet is a powerful means of communication and some players are afraid because the Internet has an impact on their own business interests.

With the emergence of new technology like Web 2.0, there is greater interaction between actors and the possibilities for comment and participation as citizen reporters.

We must remember that freedom of the Internet is integral to an uncolored research environment where everyone is allowed to voice their point of view and ideas without censorship.

At the second international seminar on journalism online in Brazil, guests discussed the use of the Internet in election campaigns, the importance of journalistic generated content and social networks in search of audiences through blogs and felt that the Internet is a means of neutral communication, which is so important.

We will have to pay very close attention to this issue, and in the up-coming presidential election, net neutrality is essential to free speech, equal opportunity and economic innovation.

As noted by one participant at savetheinternet.com: "This fundamental change would end the open Internet as we know it. It would damage my ability to connect with others, share information and participate in our 21st century democracy and economy".
Publicadas por Unknown a la/s 5:08 p. m. 1 comentario: 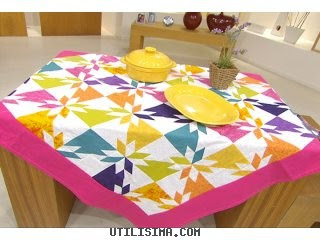 Obama lipstick flap "would be Funny" and stumps, in Virginia on the trail : Obama blasts McCain on lipstickgate enough of the lies!
Publicadas por Unknown a la/s 4:19 p. m. No hay comentarios.:

People involved in the digital world have many communication tools available with what is called Web 2.0. One service that sends messages with more impact is Twitter.

Jack Dorsey created this micro-blogging service on July 13, 2006. With Twitter, you can send 140-character-long messages to subscribers explaining what you are doing at any given time.

Many organizations (and even politicians such as Barack Obama) use the tool as a means to promote themselves and keep users (or, in the case of Obama, supporters) informed.

It is a powerful way to penetrate the market of users. For example, Obama holds the record at 70,000 for number of Twitter followers.

The service is not yet as popular as e-mail or Skype, but Twitter use can be ingenious. For example, journalism professor Jay Rosen, of the University of New York, uses Twitter to "bounce" ideas about the U.S. presidential campaigns.

Other new uses include writing novels or short stories by delivering what are called Twillers.

Twitter is very easy to use. Once you register at www.twitter.com, you can send messages through your computer or cell phone. You send the message to Twitter's servers, which in turn forward a copy of the message to your subscribers.

My page with my stories is at twitter.com/askain2. Once you are enrolled in the service you can refer to someone by putting the "at" symbol in from of a user's name: for example, @askain2.

You can also send messages on the Hellotxt.com Web site or use programs such as Twitteroo or Twhirl, which serve as intermediaries.

You can use e-mail to re-send messages or comments to Twitter via twittermail.com, or even an instant messaging service such as MSN.

Installing Fringe on your cell phone lets you communicate with Twitter as well as access other services such as MSN and Skype.
Publicadas por Unknown a la/s 5:49 p. m. No hay comentarios.: 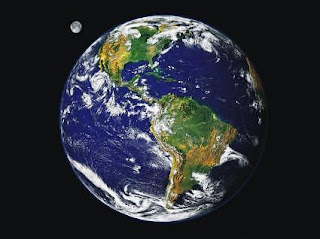