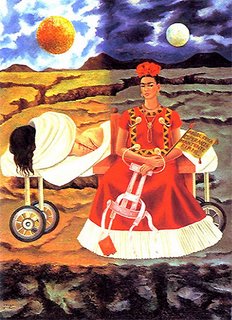 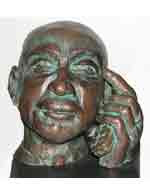 The Poverty and development are two always open issues for mankind. In today’s world these two have surpass all other developed subjects into their folds because gap between developed and developing are increasing day by days. The brighter side of our story will tell Science and technologies’ ultra advance applications for all. Here ethical question arise that How and when all, where more than 1.6 billion global citizens are living under extreme poverty.

In Asian front India and China had major Share of Below poverty line population in world. In Early Seventies Both nations had started its fights against poverty. India Is still has 300 million People who could not able to earn US $ 1/day where as China since the end of the 1970s; the rural poverty reduction work in China has made achievements of world interest. Measured by the line of mainland China, the number of the absolute poor in rural areas whose living standard is under the subsistence level has dropped from 250 million in 1978 to 23.65 million in 2005, and the incidence of poverty dropped from 30.7% to 2.5% during the same period of time; according to the evaluation by the World Bank, in the 10 years during 1991 and 2000, the number of poor living below 1 US dollar per day has declined by 274 million globally, of which, 151 million in China, which represents making up 55% of the total, and 75% of the total poverty reduced population in the developing world. At the same time as the number of poor declined significantly, the infrastructure and social utility levels in poor regions, and the basic working and living conditions of the poor have all improved sharply.

While China is experiencing the transition from the planned economy to the market-based one, furthering the modernization process, both economic growth and poverty reduction have been achieved.

Developing Societies in general and India in Special can take lesson from China and share their experiences with extreme poverty to do some thing for human kind.

A community news portal www.citizenxpress.com has been laucnhed in india by group of young indian research Journalists in december 2006.

The community new portal Citizenxpress.com is research work of ABC Media Research and Development Center, Run and Managed by These youngs Research journos .This portal is fully dedicated to the cause of citizen involved journalism popularly called CITIZEN JOURNALISM. All news and information have their sources in citizens. They create news and information or witness the news but they have no relevance in news gathering, processing and publishing system of contempory media. The citizen journalism is the voices of all those citizens who are creating or witnessing news and information around them, the citizenxpress is an open platform for all those citizens.

Now a day’s fascinating proverb is being engineered i.e. for all (4 all).like education for all, health for all, justice for all etc but participation by all is no where in their agenda. This gives impressions that all who want to do some thing for all still not willing to relinquish their position of givers. Which always reflect in their actions vice versa. So there is urgent need of a platform, where all will act as givers as well as takers. Flow of knowledge can be from either sides depending on the need and requirements of situation.

You can edit photos before you upload them using these four
free sites. I like Pixer.us very much.
Publicadas por Unknown a la/s 12:25 p. m. No hay comentarios.: