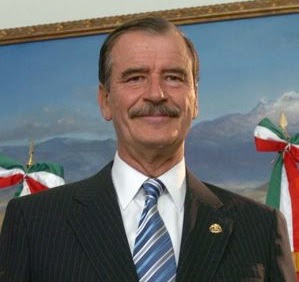 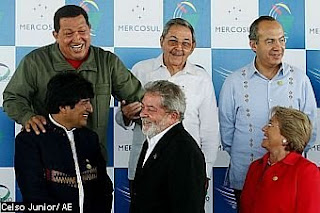 The Nature of an Economic Crisis 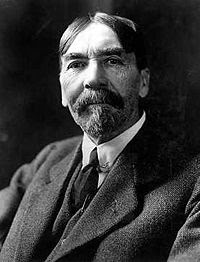 The Nature of an Economic Crisis
[Analysis] Why the discrepancy between ends and means?
Alfredo Ascanio (askain)
Published 2008
Edited by Carlos Arturo Serrano

Several years ago a dissident economist of the classical school, Thorstein Veblen, predicted the current crisis of capitalism. While classical economists were arguing for free competition among businesspeople who would make the best use of scarce resources to meet human needs, Veblen countered that these needs were not being met as society expected. Accordingly, today the UN reports that more than 963 million people suffer from hunger.
Veblen said that man had two behaviors: constructive and destructive. Production of goods and services is a constructive behavior, but using the stock market as a casino just to make money is a destructive one. That is why the production system is not efficient: while some work at making things, others wish to seize them. Whether or not these confrontations are won by those who want to make money without providing to society, crises appear. According to Veblen, there are no perfect competitors.

What a pity that he died in 1929, just a few months before the Great Depression. Veblen could not verify his hypothesis, but Keynes was able to promise a solution for the depression: economic institutions cannot agree to achieve a harmonious result. Another dissident from the classical school, Karl Marx, said that capitalism cannot reform itself, but Veblen said: the problems can be corrected.

Depression as a problem of the economic cycle was better studied after the crisis of 1930. English John Maynard Keynes and American Wesley Mitchell were the best economists that studied the problem of depression. Classical economists used to see it as a normal imbalance correctable by itself, but for Keynes depression is not solved within a laissez-faire economy. There is no automatic adjustment. It is therefore necessary that the government takes several measures, because a new equilibrium has emerged, albeit with unemployment and low consumption. A better distribution of income must be sought by using taxes.

But there is also the need for investment in capital goods. It is not desirable that savings do not go into investments. If the interest rate is low, investments will rise.

To Keynes these decisions were not miraculous. Society needs high government expenditure and investment. Economists Kahn and Keynes pointed out that investments could be reproduced three times in society, which is known as the multiplier effect. An example of this during the Roosevelt government was the New Deal in 1934.

Now Keynes appears as a prophet, although many neo-Keynesians are now his critics. Care should be taken with high inflation and the costly audits, as well as with the slowness of the Legislative and the courts to enforce decisions on deficit spending, tax-cyclical and non-balanced budgets. Several people and institutions have much to gain and little to lose, and are thus not interested in solving depressions, usually for political reasons. Business cycles can last on average 4 years.

A leader who feels uneasy facing a crisis will take decisions to seek solutions and he will do well if he knows better the problems. The problem is always human behavior. Many are unwilling to pay the full price for solving a crisis, and prefer palliatives instead. But as the basis of individual freedom is money, and money makes all men dependent on one another in a cash economy, crises must be resolved in a timely manner.

Banks tend to dominate economic crises and even may keep their debtors' properties, whether or not they have been ruthless and exploitative by providing impossible loans only for irresponsible speculation in the stock market.

Man determines institutions, which in turn determine him. They complement each other. Man is the central figure of economic science, which seems to echo Pascal's words:


Alfredo Ascanio is a professor of economics at Simon Bolivar University in Caracas, Venezuela.
©2008 OhmyNews 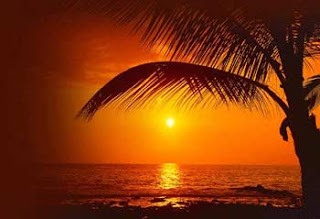 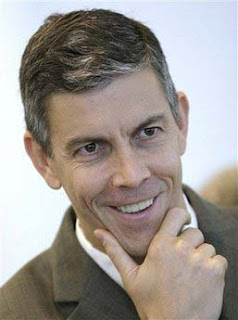 WASHINGTON - President-elect Barack Obama intends to name a big-city schools chief to help fix the country's ailing schools as education secretary, a day after announcing an environmental and energy team he said signaled his determination to tackle global warming quickly.

President-elect Barack Obama intends to name a big-city schools chief to help fix the country's ailing schools as education secretary, a day after announcing an environmental and energy team he said signaled his determination to tackle global warming quickly.

People familiar with the decision said Obama had chosen Chicago's Arne Duncan as education secretary. Duncan has run the country's third-biggest school district since 2001, pushing to boost teacher quality and to improve struggling schools and closing those that fail. Student test scores have risen significantly during Duncan's tenure.

One of the schools Duncan turned around Dodge Renaissance Academy, which he shut and then reopened on Chicago's West Side was chosen as the backdrop for Obama's announcement Tuesday.

The individuals who confirmed the selection of Duncan on Monday spoke on condition of anonymity because Obama had not made the decision public.

Earlier Monday. Obama named his environmental and energy team, vowing to "move beyond our oil addiction and create a new hybrid economy."

Chu, 60, is director of the Lawrence Berkeley National Laboratory in Berkeley, California, and is a leading advocate of reducing greenhouse gases by developing new energy sources.

The selection of Chu, a Chinese American who shared a Nobel Prize for physics in 1997, received widespread praise on Capitol Hill. Senate Majority Leader Harry Reid of Nevada said he looked forward to "confirming Dr. Chu as quickly as possible."

"His appointment should send a signal to all that my administration will value science. We will make decisions based on the facts, and we understand that facts demand bold action," Obama said at a news conference in Chicago.

"America must develop new forms of energy and new ways of using it," he said.

Obama said the dangers of being too heavily dependent on foreign oil "are eclipsed only by the long-term threat of climate change which, unless we act, will lead to drought and famine abroad, devastating weather patterns and terrible storms on our shores, and disappearance of our coastline at home."

He rejected the notion that economic development and environmental protection cannot go hand in hand.

"We can spark the dynamism of our economy through a long-term investment in renewable energy that will give life to new businesses and industries with good jobs that pay well and can't be outsourced," he said.

"We'll make public buildings more efficient, modernize our electricity grid, and reduce greenhouse gas emissions, while protecting and preserving our natural resources. We must also recognize that the solution to global climate change must be global."

Salazar is a first-term Colorado Senator who has established a name for himself on public lands and energy resources issues. He headed the Colorado Natural Resources Department from 1990 through 1994. The Interior Department has broad oversight over US energy resources and environment. It oversees oil and gas drilling on public lands and manages US parks and wildlife refuges.

Salazar is expected to balance the protection of natural resources while tapping the nation's energy potential - an approach that Obama has said he wants .

Salazar, 53, opposed drilling in the Artic National Wildlife Refuge and objected to the Bush administration's efforts to lease Western lands for oil shale development. It will be up to the Obama administration whether or not to go ahead with leasing.

"Arne has been a pragmatic and effective leader of Chicago's schools," the Massachusetts Democrat said in a written statement. "He's brought people together to address difficult challenges and expand opportunities so that every child can succeed."

A 44-year-old Harvard graduate, Duncan has played pickup basketball with Obama since the 1990s. Duncan co-captained the Harvard basketball team and played professionally in Australia before beginning his education career.

Obama has avoided taking sides in a contentious debate between reform advocates and teachers' unions, but Duncan may please the competing factions. Duncan's nomination will please reform advocates who wanted a big-city schools chief who has sought to hold schools and teachers accountable for student performance; while the teachers' unions have said Duncan seems willing to work with them.

Also Monday, the 538 Americans who voted in state capitols across the United States elected Obama president. The voting by the electors was a largely ceremonial procedure, but one mandated by the Constitution.

Obama defeated Republican Sen. John McCain in the November 4 election, but still the presidency is not his officially.

Under the convoluted electoral system devised by the drafters of the US Constitution 220 years ago, Obama's election will become official only on January 6, in Washington. That is when Congress meets in joint session to count the votes cast by the electors. Obama received 365 electoral votes, to 173 for McCain - well over the 270 electoral majority necessary for the presidency.

Obama takes office January 20, becoming the country's first black president. He is planning to leave soon for a more than week-long trip to Hawaii to celebrate the holidays and relax before his inauguration.

Inauguration organizers said Obama will kick off the celebration on January 17 , the weekend before his swearing in as the country's 44th president by traveling on a train to Washington.

Obama is retracing the journey of his political idol, Abraham Lincoln, who also rode to his swearing-in on a train from Philadelphia, making stops along the way.

"We hope to include as many Americans as possible who wish to participate, but can't be in Washington," Emmett Beliveau, the executive director of the Presidential Inaugural Committee, said in a statement.
Publicadas por Unknown a la/s 8:01 p. m. No hay comentarios.:

Today's celebrations marking the 30th anniversary of China's reform and opening up should have been euphoric. Instead, amid the global economic gloom, they will be muted. 30 Years of Reforms, en el: Diario del enlace de arriba que es el periódico CHINA DAILY.

China Youth Daily is a very influential comprehensive daily newspaper in China . Starting publication on April 27,1951 in the era of the founding of new China,the newspaper was forced to cease publication for 12 years during the "Cultural Revolution". It resumed publication on October 7,1978 on the eve of the country's reform and opening to the outside world. 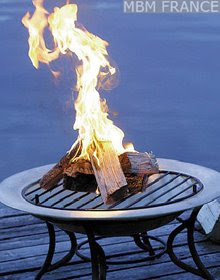 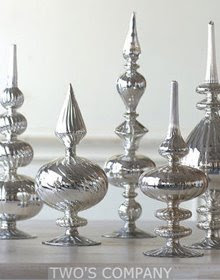 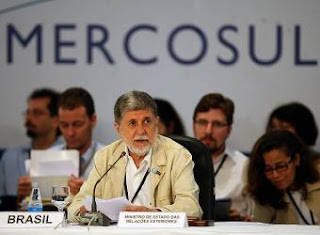