The proposed law introduced to the National People's Congress stipulates that all forms of property, including the assets of individuals, the state and collectives, would be given equal protection under the law.

Chinese leaders argue that the law is crucial for the country's future prosperity as private enterprise accounts for an increasing share of output in what was formerly a centrally planned economy.
Publicadas por Unknown a la/s 11:37 a. m. No hay comentarios.:

J-Lab has been funding citizen media start-ups with micro-grants for two years now. We’ve seen how quickly committed founders can build momentum and gain traction in their communities. The findings in this report were less of a surprise and more of an affirmation of what we had started to see.

We agree with 98% of the respondents in our web survey who said that the emergence of local news web sites with content built from community members is “a good thing” - although it may not all be “journalism,” the kinds of finished stories you see in a newspaper. Because of that, we prefer the term “citizen media,” although we use that term interchangeably with “citizen journalism” in this report. Over 79% of the respondents to our web survey considered the information on their sites to be “journalism.”

This report focuses specifically on micro-local community news sites that contain content generated by users. When we started this research in the spring of 2006, we were able to identify about 500 citizen media sites. As we issue this report, we have been able to identify several hundred more and will soon catalogue them on a new web site, the Knight Citizen News Network (www.kcnn.org), supported by the Knight Foundation.

More impressive than the numbers, though, is the impact these sites are having on their communities. With limited readership and very little revenue, 73% of those who responded pronounced their sites to be a “success.’’ Why? Because they have watchdogged local government, provided news that couldn’t otherwise be had, nudged local media to improve, helped their community solve problems, even, to a degree, increased voter turnout and the number of candidates running for office.

This study takes an early snapshot of a very robust development. We interviewed 31 site operators in-depth, and we fielded a 60-question online survey. Not all 191 respondents could, or did, answer every question, but they poured out their hearts in open-ended responses. Their resolve to continue, often on their own dimes, was palpable.
Publicadas por Unknown a la/s 8:24 p. m. No hay comentarios.:

Tourism and the competitiveness

Tourism: drivers of competitiveness
A travel and tourism-revealing index

The World Economic Forum has launched its first-ever Travel & Tourism report analyzing the drivers of competitiveness in travel and tourism of 124 countries around the world.

The Travel & Tourism Competitiveness Index (TTCI) is composed of a number of “pillars” of T & T competitiveness, of which there are 13 in all. There are:

France, the most-traveled-to destination in the World, is ranked just outside the top 10 at 12th place. United Kingdom is ranked 10th overall and Spain is ranked 15th overall, just behind France within Europe.

Italy, the country with the highest number of World Heritage sites in the World, ranks a mediocre 33rd in the TTCI ranking.

Barbados, at 29th, is the highest-ranked country in the Latin America a Caribbean region and Costa Rica is ranked 41st in the overall Index with Chile (45th), Jamaica (48th). Mexico (49th), Dominican Republic (50th) and Brazil (59th).

Hong Kong was the highest-ranked Asian country (ranked 6th overall), followed closely by Singapore (8th) and the United Arab Emirates was the most competitive Middle Eastern country with an impressive ranking of 18th place.

Then governments must first make sure the appropriate infrastructure capacity in the place to provide access for domestic and international travelers and ensure that market demand is fully met-in terms of both service quality and efficiency of the T & T sector.

Also governments should engage in deregulation and privatization to stimulate demand and growth and governments must make a determined effort to work together hand-in-hand with the private sector to be able to fully leverage the T & T sector’s potential to stimulate economic efficiency.

The key paragraphs of report were:

1) Adoption of the Tourism Satellite Account to ensure routine provision of data on the macroeconomic important of the sector for policymaking.
2) Tourism should be integrated more explicitly into development processes particularly in national poverty reduction strategy.
3) Creating an agenda of sustainability and security concerns.
4) Introduction and application of new Technologies such mobile commerce and electronic payment.
5) To create new long-haul hubs to play an important role in global air traffic flows.
6) Define target consumer groups and effective tourism marketing

What it does not say report is that exists a high concentration of the tourist wealth in 16 leader countries that catch 74% of the international tourism leaving 26% for the rest of the 108 countries. The Tour Operator, integrated in great businesses, “produces” and sends the tourists to those sites where they have his economic interests. 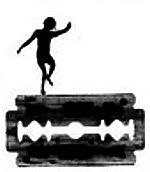 Massive sell-offs spread domino-style last week between the two great stock exchanges, New York's "Big Board" (NYSE) and the Shanghai exchange in China (SSE). The loss of 9 percent of market value in Shanghai and over $830 billion in the U.S. signaled nothing less than a global rout (these losses would be realized only when the underlying securities are sold).

Speculative buying on "margin," i.e., with borrowed money, along with possibly illegal offerings, prompted the Chinese government to authorize an investigative task force on Tuesday in an atmosphere reminiscent of October, 1929, on Wall Street, when the initial panic on Monday, Oct. 21, was followed by a mid-week rally before the bottom fell out on the following "Black Tuesday."

In 2006 the SSE saw a massive increase in trading volume, the benchmark index rising by 130 percent over the year and by 4 percent in January alone, feeding the Chinese government's suspicions about illegal offerings inflating a speculative bubble.

Chinese monetary policy has increased the involvement of banks in the economy to control the amount of cash in circulation, which has been partly responsible for an inflation rate exceeding 5 percent. Rapid consumer inflation has underlined concerns that the Chinese economy is overheating.

Chinese foreign policy has been bedeviled by problems with Iran and Afghanistan and the war in Iraq, which has also disturbed the Wall Street-Shanghai connection.

Optimistic prognoses of the Chinese economy have also been issued by analysts like Johanna Melka of Ixis CIB, who is sure that these stock exchange problems are fleeting and that the country has a good handle on its economy.

Long-term capital investors exercise prudence and for that reason temporarily shy away from trading when the market behaves less than transparently, signaling greater risk, as at present.

What happens in Shanghai registers decisions made in Beijing and is transmitted to Hong Kong and even the special region of Macao.

In 1997 China withstood the Asian financial crisis and losses on the Hong Kong exchange, the same year the government refused to devalue its currency, the Yuan, and despite 12 million urban and 100 million rural unemployed in 1999.

The Chinese model inherited from Hu Jintao and Jiang Zemin reflects the privatization of the financial industry in the service of national construction.

After China gained entry in 2002 to the World Trade Organization (WTO) multinationals like Volkswagen, AOL Time Warner, Morgan Stanley, Wal-Mart and Fiat began to play a leading role in the annual growth of the Chinese economy. For example, China's GDP and income rose by 8.2 percent during 1980-2003.

"China's entry into the WTO will affect the world market. China is not just another country participating in the world market but rather the biggest in terms of population and the most dynamic in terms of growth and trade, as well as foreign reserve (holdings)," said Enrique Dussel Peters in Globalalternative.org.

In addition China has made innovative investments to promote industrial development by selling its islands in the province of Canton.

In Nov. 2004 China signed a commercial agreement with 10 nations in Southeast Asia as part of a free-trade zone.

China has already withstood many economic and financial crises, including foreign policy standoffs with the U.S. and other world powers.

China is an experienced negotiator, whose administration has shown itself to be efficient over the long term in the controls it has implemented and the opportune decisions it has made.
©2007 OhmyNews

China and Mexico : direct competitors in the world market 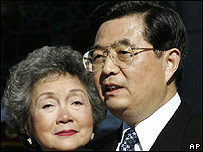 China and Mexico : direct competitors in the world market

The strategies of exportations of Mexico and China are similar from 1980. The commercial relation between these two countries indicates that they are two countries competitors in the world-wide market of goods.

Nevertheless other analysts say that their markets of exportation in the U.S market are different and they are not possible to be compared, as well as to specific sector (the yarn-textile-garment estimates-added chain).

The economic and trade relationship between both countries also has to do with the form in that these countries obtain his integration into the world market in the last two decades and his long-term strategies.

The lessons of the East Asian miracle combined with to earlier import-substituting industrialization regimes and the exporter-friendly environment was the best way to generate foreign direct investment. Specialization exports, in general, reflect efficiency.

For the establishment of to rent-seeking bureaucracy is one of the most significant obstacles development in a country like Mexico, said Anne Krueger.

NAFTA´s implementation by Mexico in 1994 is of the fundamental relevant for the liberalization strategy and the possibilities to place in the USA his commodities/products.

In until 2005 China the agricultural sector there are always been to politically and economically strategic sector because more of 60% of Chinese' s population lives in rural area. Also the country implemented reforms through “transitional institutions”.

To generate domestic markets and since the end of the 1970s, economic policies diminished the weight of state with new forms of property but with influence of the central government and the Chinese Communist Party and trough the state-owned banking for system and the massively domestic financing the private sector (150% of GDP at 2003).

The generation of employment is of critical importance in both countries (Mexico and China).

The respective development strategies in China and Mexico reflect to pattern of increasing Energy consumption and CO2 emissions, with global effects.

In 2003, China’s exports accounted for 8,87% of the world exports, and 8,43% of the world imports, including Hong Kong, and most significant is the dynamism of this performance and the increasing process of Asian integration.

According to Chinese statistical sources, Mexico is a significant new market for Chinese trade in sectors such as electronics, auto parts, yarn-textile-garments and photographic goods, but also in raw materials (trade surplus of US$ 2,846 millions in 2004 with Mexico).

Mexico’s exports especially to the NAFTA-region (including Canada) have also shown an impressive performance, with an average annual growth rate of 10% during 1995-2004. But Mexico-China export-import relationship was 1:31. Mexico has a higher trade deficit with China.

China and Mexico' s trade structure is very similar and these two countries are direct competitors in the U.S. market with work-intensive products.

But Chinese is a country more dynamic in his exportations towards U.S. and Mexico begins to diminish in relation to exportations Chinese.

Mexico, Central America and the Dominican Republic will sees the main losers like result of Chinese' s entry into the WTO. These countries must integrate themselves with the MERCOSUR to diversify their economies of export and import.