Weighing Up the Benefits of Ethanol

Weighing Up the Benefits of Ethanol
Brazil's experience with biofuels

As some countries are encouraging the production of biofuels from vegetable feedstock, what will be the policy of Brazil in this important area?

Many years ago Brazil began the production of ethanol from sugar cane as a mode of import substitution, deciding that it would be mixed with gasoline.

At times of low crude oil prices, the state would subsidize ethanol, but as oil prices rose, its use was good business. In the United States the initial motivation to produce ethanol from maize was as an aid to agribusiness.

The United States has announced that, for strategic reasons, it will increase the production and importation of ethanol to reduce dependency on foreign oil producers who cannot guarantee the security of their exports.

Biofuels are by no means the optimal solution to the pollution problem, especially if not a by product of the normal cultivation of other crops, e.g., sugar cane, maize, etc.

Attendant environmental damage owing to deforestation and decline in soil fertility could threaten the putative gains. There would be a requirement for more mechanization, the increased use of fertilizers, herbicides, insecticides and fungicides, and more irrigation, this last competing with the needs of domestic and industrial users.

Brazil went from being a great sugar exporter to a producer of ethanol, but to produce ethanol means the loss of more forests and cultivating more of the Earth, to the detriment of food production for human consumption, although agribusiness could see a net gain in income. The contradictions between farm pollution and environmental pollution are obvious.

In order to produce ethanol, petroleum-based fertilizers are required, rather more if the cleared land is in a rainforest area like the Amazon basin, whose fertility declines drastically after the second or third year.

The processing of cane for ethanol consumes a lot of electricity that has to come either from hydropower or the burning of fossil fuels.

Two things have been borne out in Brazil's experience. Firstly, it did not prove to be cheaper to produce alcohol than to buy petroleum. Secondly, alcohol did not produce a net energy gain.

Ethanol alcohol production for Brazil has had a positive social impact, because the ethanol industry has spun off a large number of ancillary enterprises as well as other collateral benefits, e.g., in helping to mitigate the polarization of wealth and income.

What we must be clear about is that we will continue to require energy, but that we will not be able to continue introducing carbon dioxide into the biosphere at the rates that have prevailed since the Industrial Revolution.

There are many challenges ahead and much research to be done, but the only really clean source of energy is what comes from the sun and the wind. 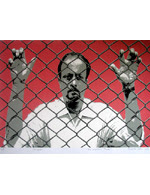