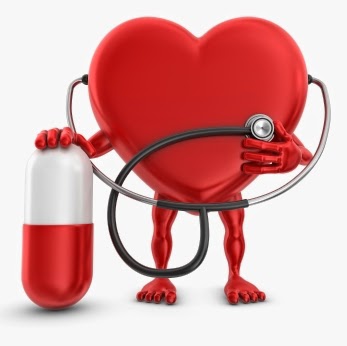 Michael J. Boskin is Professor of Economics at Stanford University and Senior Fellow at the Hoover Institution. He was Chairman of George H. W. Bush’s Council of Economic Advisers from 1989 to 1993, and headed the so-called Boskin Commission, a congressional advisory body that highlighted errors in … read more

STANFORD – When the Berlin Wall fell a quarter-century ago this November, pundits led by Francis Fukuyama proclaimed the end of history – the triumph of democratic capitalism over all rival systems. America’s economic success and the collapse of communism fed the narrative. The long political, intellectual, and, at times, military confrontation that we knew as the Cold War was over.
Indeed, at a meeting in Warsaw in the winter of 1990, General Wojciech Jaruzelski, Poland’s President and communist party boss, declared to me and my cabinet colleagues that “The forces of history have inevitably led us to capitalism.” He could not free himself of the Hegelian dialectic, but he admitted that communism had gotten history’s end point entirely wrong.
A couple of decades later, various forms of capitalism have worked wonders for some former communist and socialist countries. Poland is an excellent example of a successful economic and political transition.
But capitalism is far from flourishing everywhere. North Korea, which never had a transition and maintains heavy-handed central planning, is an economic basket case. And soft socialism combined with subsidized “national champions” is decaying in France.
Moreover, in many countries, capitalism arrived without democracy. China is an obvious example of capitalist success and lagging political reform. For these countries, honest competition at the ballot box, free and open debate, and respect for minority rights – the foundation of liberal democracy – are not currently on the agenda. The champagne corks were popped prematurely in 1989.
Indeed, precisely because liberal democracy did not triumph worldwide, many pressing crises now require attention and action. But we must also focus – in the media and in the classroom – on the less dramatic but nonetheless dangerous attacks on democracy and democratic values, including in the Americas, where statist regimes and others have been attacking freedom of speech and of the press.
As a result, policy disputes can become criminal. In a pernicious recent example, Venezuela’s President Nicolás Maduro, in a nationally televised speech, ordered the country’s attorney-general and public prosecutor to take “action” against the Harvard economist Ricardo Hausmann for daring to ask, “Should Venezuela Default?”
Hausmann was right to ask that question. Research overwhelmingly shows that successful economic development requires inclusive property rights, the enforcement of contracts, and even-handed rule of law. Venezuela currently has none of these ingredients.
So it is not surprising that massive government deficits financed by explosive monetary growth have caused the currency to collapse, with multinationals writing down the value of their Venezuelan subsidiaries each time the official exchange rate is lowered. Nor is it surprising that, with inadequate foreign exchange, the country is having difficulty paying its bills, or that price controls and police-state regulation have severely worsened food shortages. Finally, amid widespread speculation that Venezuela may indeed default on up to $80 billion of foreign debt, it is not surprising that yields on its sovereign debt have hit 15%.
Venezuela, with some of the world’s largest hydrocarbon reserves, should be enjoying an era of prosperity amid high oil prices. But corruption, political control of the national oil company, and nationalization of foreign-owned oil assets have caused exactly the opposite. (Disclosure: I serve on the board of one such company, ExxonMobil, which is awaiting the results of arbitration in international court.)
The combination of authoritarian rule, extreme populism, socialist ideology, and incompetence under former President Hugo Chávez and Maduro has wreaked havoc on Venezuela. But when Hausmann, a Venezuelan citizen and former government minister, discusses an important question that is being asked by investors around the world, he is not merely chastised, but threatened. The implication is clear: Speak out and you may be jailed.
This is not the first such treatment of a prominent economist in Latin America. A decade ago, it was Domingo Cavallo, who, as Argentina’s finance minister, had pegged the peso to the dollar to bring down the 1,000% inflation that was destroying the economy – and the fabric of society. When he abruptly ended the peg in 2001, a severe recession followed, and he was arrested and jailed. Fortunately, international outrage, including a campaign organized by North American economists, helped to free Cavallo.
I do not agree with all of the policies advocated by Cavallo or Hausmann, or any other policymaker for that matter. But should we really criminalize not corruption or self-dealing, but policy disagreements? Do we want every new government to jail its political opponents – as Ukraine’s deposed President Viktor Yanukovych did to former Prime Minister Yuliya Tymoshenko – because it rejects the policies they enacted or condemns the perceived outcomes?
We have not fallen so far yet in the United States. But even here, it has become far too common to impugn the motives and values, not just the ideas, of those with whom we disagree. Journalists, politicians, and public intellectuals who should know better routinely argue not just that policies and proposals are wrong-headed, but that the proponents themselves must be evil to have enacted or suggested them.
Criticism and disagreement should not be allowed to curdle into the hateful vitriol that demeans so much public discourse today. Words have consequences and can inflame thuggery or worse. Even attempted suppression of free and open debate, or official delegitimization of those with alternative policy proposals, is dangerous. Such outrages must be resisted, before more people like Cavallo and Hausmann are threatened – and before the disease spreads to North America and Europe.
Publicadas por Unknown a la/s 6:22 a. m. 1 comentario: 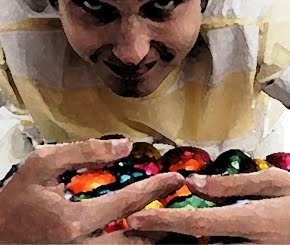 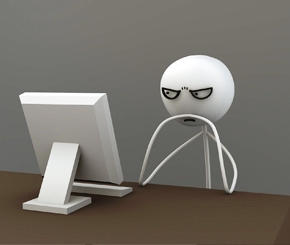 Hillary Clinton, who is already the presumed front-runner for President in 2016, has a radical past, and details are only now bubbling to the surface.
Today, The Washington Free Beacon put together an excellent report about new letters between Hillary Clinton and Saul Alinsky, the infamous community organizer who wrote ‘Rules for Radicals.’ That book, which Alinsky dedicated to ‘Lucifer,’ became the handbook for racial agitators and left-wing political problem causers.
His efforts- which were just as evil as they were brilliant- were essential to the growth of the political left, including Marxism- as David Horowitz explains:

[Alinsky was] the practical theorist for progressives who had supported the Communist cause to regroup after the fall of the Berlin Wall and mount a new assault on the capitalist system.

It was Alinsky who wove the inchoate relativism of the post-Communist left into a coherent whoe, and helped to form the coalition of communists, anarchists, liberals, Democrats, black racialists, and social justice activists…

Here is what the Free Beacon reported:

Clinton met with Alinsky several times in 1968 while writing a Wellesley college thesis about his theory of community organizing.
Clinton’s relationship with Alinsky, and her support for his philosophy, continued for several years after she entered Yale law school in 1969, two letters obtained by the Washington Free Beacon show.
The letters obtained by the Free Beacon are part of the archives for the Industrial Areas Foundation, a training center for community organizers founded by Alinsky, which are housed at the University of Texas at Austin.
The letters also suggest that Alinsky, who died in 1972, had a deeper influence on Clinton’s early political views than previously known.
A 23-year-old Hillary Clinton was living in Berkeley, California, in the summer of 1971. She was interning at the left-wing law firm Treuhaft, Walker and Burnstein, known for its radical politics and a client roster that included Black Panthers and other militants.
On July 8, 1971, Clinton reached out to Alinsky, then 62, in a letter sent via airmail, paid for with stamps featuring Franklin Delano Roosevelt, and marked “Personal.”

Here is a copy of those letters: